I’ve been working with the Havanna release of OpenStack the last couple of days and ran across a default setting that should be avoided in any deployment: using cookies as the session backend.

The source of the problems has been known at least since October 2013  in Django and other frameworks: clear-text client-side session management.
There is even OSVDB entry and Threatpost covered it in an article.

END_OF_DOCUMENT_TOKEN_TO_BE_REPLACED 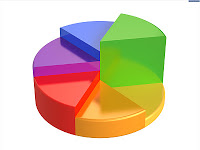 I normally try to stick to posting original content on my site, but I ran across this post today while doing some research for the Hacker High School project.

It presents a really well structured analysis of the communities that support and give life to the main Cloud Computing projects: OpenStack, CloudStack, Eucalyptus and OpenNebula. All the information was extracted from public forums and code management systems.

END_OF_DOCUMENT_TOKEN_TO_BE_REPLACED

Have you ever scanned a pile of documents on a “non enterprise” o home scanner, or just got distracted when using the big Xerox machine in the office.  You’ll end up with a ton of individual pdf files.  After a little google and man reading I found these 2 solutions.

It’s really been a while since a sent my last update with pictures of what I’ve done.  I normally try to keep friends and family up to date on what I’ve been doing since I moved to the other side of the Atlantic (to the European side).  So today I fired up picasa to get the web albums up2date and nothing happend.  When I ran it in a shell this came out:

After googling for I while I didn’t find any reasonable explanation for the error.  I did find a beta (comming from google what could I expect) repository (here are the instructions on how to set it up) and upgraded from picasa-2.7.3736-15 to picasa-3.0.5744-02

It started up, I’ll keep you posted on how it goes with the field try..

I’ve been looking actively for an open source replacement for Visio, the programs work but the main weakness is the lack of the “stencils” or figures to make the diagrams.  The artwork that I found is really lacking the help of a designer.

I checked out Dia 0.96.1 which I had used before and it works really good but as I stated before it lacks the artwork.  The good thing is that there is hope, as stated in it’s web site: “It is also possible to add support for new shapes by writing simple XML files, using a subset of SVG to draw the shape.”

Open Office Draw 2.4.1 is also suitable for the job.  I personally it is a little more limited than Dia for the job, but maybe it’s just my impression.  As a drawing tool it is more complex and give you more for your Money effort like object rotation, and other effect.

Kvio 1.6.3 is also a nice tool.  I have to say that it works really well.  It’s light and has good handling of stencils, they get extra points because it automatically finds and uses the Dia stencils.  The only thing I really don’t handle well yet is that all objects when placed on the sheet a TOO BIG.

Is there a chance that someone with good graphic skills opens an Open Source project to make some standard shapes or stencils that can be used by all  3 tools or any other tools that wants to use them.  If a momentum is created it is also possible to make the Vendors want to publish their shapes in this standard format.